HIRED GUNS MOTORCYCLE CLUB IS MADE UP OF SWORN LAW ENFORCEMENT OFFICERS (100%).  WELCOME TO THE SWAMP

HIRED GUNS MOTORCYCLE CLUB IS MADE UP OF SWORN LAW ENFORCEMENT OFFICERS (100%).  WELCOME TO THE SWAMP 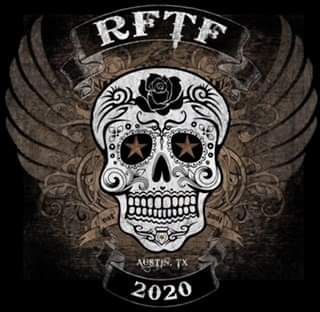 19th Annual Ride For The Fallen

Hired Guns Florida ride to Texas POSTPONED due to COVID-19

Sadly, due to the pandemic and national unrest requiring our members to be "boot on the ground instead of off riding" the Ride for the Fallen is postponed until 2021.  All Hired Guns members who previously registered have donated their registration fee to the POMF.

Hired Guns is a 100% law enforcement based club.  Each member is a sworn law enforcement officer and has a deep respect for motorcycles and the history of motorcycling.  We attend law enforcement fundraisers, benefit runs, and M.C. events up and down the east coast.  Our clubhouse is a home away from home for its membership and hosts our charity events, meets, fundraisers, M.C. parties, and club runs.  We are dedicated officers who "live to ride, ride to live".  H.G.M.C. sworn law enforcers uphold the laws of the Constitution of the United States and the oath each of us have sworn to hold the line between peace and anarchy.

WHERE WE CAME FROM

Hired Guns M.C. was founded in late 2002 by brothers Joe, Jim (Moe), and Tim.  Brother Joe approached brothers Moe and Tim who have been in and previously seen the positives and negatives of self-proclaimed law enforcement clubs.  Brother Joe's persistence finally broke into Moe who had one condition and one only: Hired Guns was going to be 100% law enforcement.  It was a done deal; the foundation for Hired Guns M.C. was built.   Without hesitation, brother Moe was named president and has since devoted himself to HGMC.  Brother Joe was named Sgt. at Arms; brother Tim took on the role of Vice President.  Brothers Dino, Marty, and Joe completed the charter members.  HGMC continues to grow quickly and has become a symbol of honor, integrity, loyalty, and respect among its members, fellow law enforcement, and the public.

The Hired Guns M.C. wears a three piece patch.  This is to symbolize the three most important components in our profession: honor, duty, and respect.  Our top rocker is our club name.  Our center patch is a skull wearing a black bandana with a thin blue line running through it. The skull symbolizes that we, as LEOs, are not just skin deep, but just the opposite - we are cops 24/7/365; we never compromise our duty sworn positions. The bandana with the thin blue line through it represents our skin. The thin blue line is the internationally recognized symbol of law enforcement.  Our bottom rocker is the state of this great country in which each member has taken a sworn oath to uphold the laws of the United States of America's Constitution at any cost.  These three patches are mounted on a black vest to remind us of and honor of all our law enforcement family who have paid the ultimate sacrifice by giving their lives to protect another by defending this great country in the profession of law enforcement.

If you are an active or retired law enforcement officer, meet our club requirements, and are looking to be part of the finest, most respected, 100% Law Enforcement Motorcycle Club in the world, send us your info using our contact page.  All new memberships will be considered.

Add a description about this item

Come see us on the blacktop

If you see us out riding, introduce yourself.

Message us on WhatsApp

Hired Guns MC members from throughout the nation will be coming together in Austin Texas to lead the 19th Annual Ride for the Fallen, benefi...